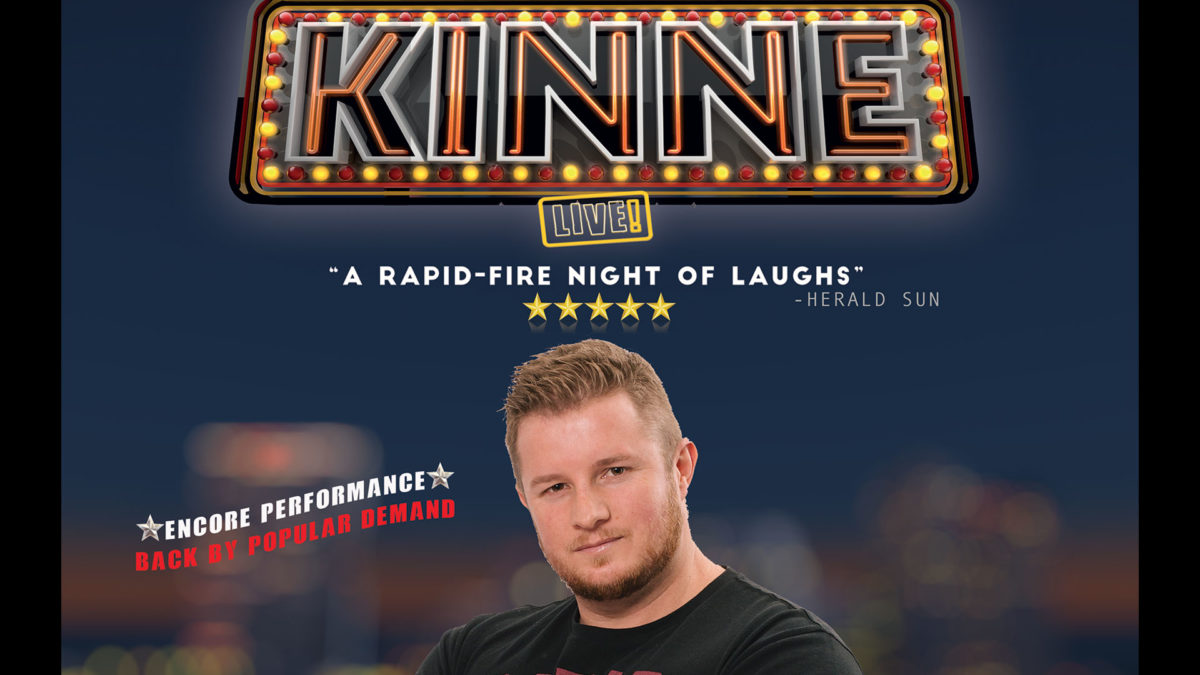 Believe it or not, Troy Kinne performed his live show in Ballarat as part of his 2018 Kinne Live tour but he’s bringing it back due to popular demand. Kinne is best known for his own TV shows Kinne (Ch7) and Kinne Tonight (Ch10). You may have also seen him a number of times on Have You Been Paying Attention? or performing on Just for Laughs.

However, it is more likely that you have seen him in one of his many viral videos on Facebook and YouTube. ‘Kinne videos’ have been shared all over the world resulting in over 1 million followers on social media.

Yet before social media was even a ‘thing’, Kinne was already making his mark on the live stand-up comedy scene winning several new comic competitions.

Upon request, Kinne has entertained our Army Troops in East Timor, Afghanistan and the Solomon Islands, and in 2018 he sold out every show of his live tour around Australia’s major cities. However now after enduring a lockdown that shut us off to almost all forms of entertainment, Kinne is bringing his live show back for his home state of Victoria, acknowledging the regional towns who have more than earned a night out of the house.

“A rapid-fire night of laughs” – The Herald Sun

As we enjoy being able to present live events again, we will continue to ensure covid-safe practices at all our shows.
If you are experiencing any flu-like symptoms on the day of the show, please do not attend (contact us for a refund).

Where
The Lounge at The George Hotel, Ballarat

Get Your Tickets, Right Here!